"Hi, I got Open Sesame from my sister

My sister gave me one; I have it on my fridge.  I use it all the time for bottles, friends love it.... when I give it to them to use, and they always say What is this?”, then they are surprised when I tell them what it is

My sister bought it for me. "

About a year ago, I bought an Open Sesame bottle opener for my son who is a flight attendant. I had done research online and found your Open Sesame website and called you directly.

My son was complaining that he was damaging his fingers by continually opening up the soda cans during flights for the passengers.

Since he would open up about 50 cans per flight, I could understand where this would become a "hurting" problem. The female flight attendants were also complaining about the loss of their manicured nails! Many passengers have asked him about the opener once they saw the ease of its use with many different cans……….

He uses the opener mostly for the cans and continuously raves about the opener.

Since I am older and do not open up many cans, I would love to have an opener that would open up bottle tops such as spaghetti sauce bottles without having to hurt my wrist! Are you making such an opener??

I would highly recommend that you advertise this to the airline industry or to the Flight Attendant's Association in Washington, D.C."

My husband has a skin condition that makes it very easy to tear his skin open.  He also has arthritis in his hands.  I saw your web site and decided to give it a try anything that would help.  We both liked it so much I sent for another.  I am 64 years old and it is wonderful to have and opener that is easy to find,(magnetic goes anywhere) and doesn't hurt every time we have to open a bottle or can.  Thank you for the handiest item I have in my kitchen.  We also keep one in the bedroom just in case we get to lazy to go get the one in the kitchen. "

"I LOVE  the openers. I bought them as gifts for friends who love cola as I thought they were so cute.

I also bought some for relatives with arthritis who have a hard time opening bottles and cans because their hands are weak. All of them said that they were a big help to them, and they also liked the fact that they were magnetized and could stick to the refrigerator, so they never had to look for them in crowded drawers.

My young nephews thought they were "cool." I heard about them
from a TV ad, but now of course know your Web site.

The customer service has been excellent so thank you for that too."

I do not know what I would do without your Open Sesame.  I first learned about it on the Internet and at the age of 75, with arthritic hands and wrists, I would not be able to open tonic cans and bottles.  I also gave an Open Sesame to my sister-in-law, who is now a widow, and she too would be completely loss without it because she has nobody else living with her to assist her.  When her granddaughter visits she too likes to use it.

Consequently, Open Sesame is a very helpful tool for anyone at any age to have.

Not only in their kitchen but also it is so easy to take along on a picnic.  If I had another Open Sesame I would keep it in the glove compartment of my car so that it would be available to me not only at home but when I am on the go.

Thank you very much for your interest. "

Operators are Ready to Answer any Question You might have about Magic Opener.(305) 448-6464 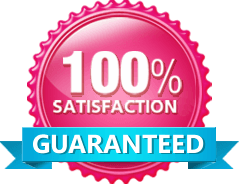